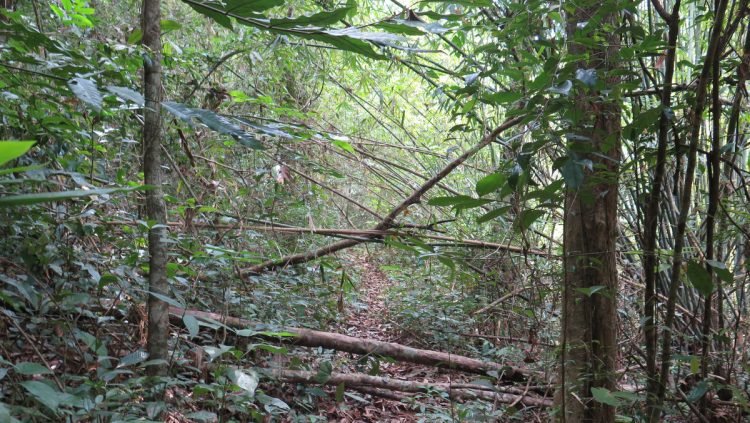 On one of the paths in the Koh Chang jungle

Koh Chang treks are an energetic and richly rewarding alternative to days spent lazing on the beach.

The island has a handful of guides, with each offering half day or full day treks into the jungle interior and up its mountain peaks. The treks themselves are either fairly gentle walks tailored to all ages or more arduous endeavours suited to serious enthusiasts. Whatever your preference, the treks are a fabulous way to see another side of Koh Chang.

Perhaps the most challenging of the Koh Chang treks traverses the island from west coast to east coast or vice versa. This trek, guided by either Koh Changers Toon or Yam, starts at Klong Plu Waterfall in Klong Prao and ends at Than Mayom Waterfall.

For our day out, it suited us better to make the trek in the other direction, so at 09.00, Toon and I were dropped off just before the main entrance to Than Mayom over on the east coast road.

Following a recently widened track up the hillside, we soon reached the top or our first climb, with its views below of the offshore islands and pier. Time then to set off inland.

Starting at Than Mayom

The first couple of kilometres were gentle enough with large open areas and obvious paths. Some of these areas of land do in fact have owners, so you come across banana and rubber trees plantations. There are even a couple of old rubber tappers’ houses. Leaving them behind, we picked up the river flanking the side of the valley – just one of several that combine to feed back down into Than Mayom Waterfall.

In years past, these upper reaches of the waterfall were popular withThai visitors to the island but over time, the paths have all but disappeared. We did come across an utterly incongruous weather worn concrete table and chairs along the route.

Most famous of all visitors to Than Mayom was Rama V and his very own rock inscriptions can be found on one large boulder in the river bed. We also spotted a large water monitor lizard, one or two small snakes and plenty of muntjac, wild boar and civet droppings, but no actual animals.

Eventually, after several hours of hot but none too strenuous walking, we reached our destination – the top tier of Than Mayom. This is something rather special to see first hand as so few people ever reach this point. It also made a cracking spot for lunch, some spicy catfish and pork with holy basil.

After a quick dip in the plunge pool, we retraced our steps back down the river before starting again across the centre of the island.

A wonderfully eerie bamboo forest helped break up the almost constant hill ascents and descents that characterised this afternoon stage of the trek. From time to time, too, the shrieks of wild monkeys in the canopy broke the silence.

A couple more hours in, we emerged at around 500 metres, high above the forest line on the west coast. The sea was clearly visible and you could also just make out buildings (Klong Prao hotels) in the distance, shimmering in the late afternoon sun.

From here, we then started another long hard but eventful descent, this time memorable for a pair of hornbills taking off high above us. It’s a unique sound similar to the propellor of a small plane picking up speed.

Towards 17.00 and shortly after a fabulous unbroken section of nothing but waist high ferns, we arrived on the very top of Klong Plu Waterfall – time to take a break again and cool off. We also took the time to remove a few leeches that had attached over the last kilometres.

The final hundred metres brought us out at the bottom of the waterfall, where the last of the day’s visitors were still playing in the plunge pools or relaxing on the rocks.

The trek took approximately 8.5 hours, with many stops along the way. It’s 12 kilometres total distance or thereabouts. 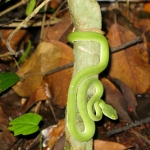 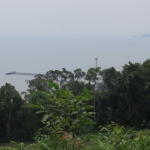 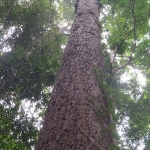 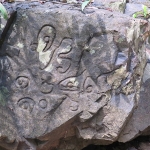 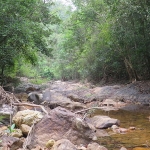 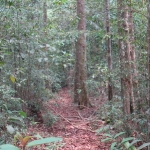 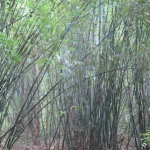 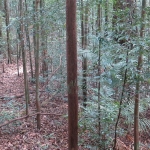 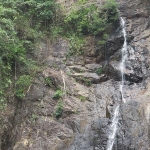 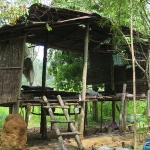 You can Contact Us if you are interested in this trek and we can sort out all the details for you. It’s possible as a private trek for just one or in a smaller group.

Back to Features/Koh Chang Activities

Permanent link to this article: https://explorekohchang.com/features/koh-chang-activities/koh-chang-treks-than-mayom-klong-plu/ 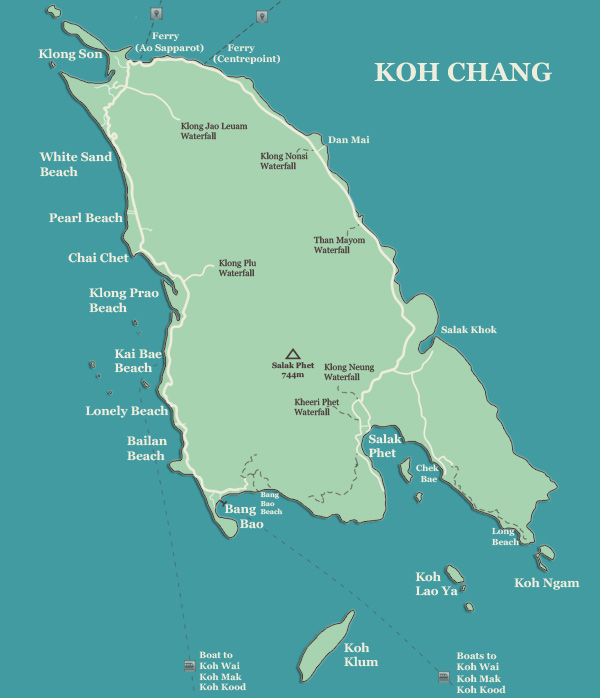