The beer bars at the southern end of White Sand Beach

Whilst it has a very different atmosphere from party centre at Lonely Beach, White Sand Beach has its own buzzing nightlife, with adequate opportunities for next day embarrassment.

Due to the pandemic, nightlife in Koh Chang has been severely hit with frequent lockdowns, alcohol bans and curfews. It’s too early to say yet whether how exactly it will bounce back in the future but most of the bars are actually still in business, ready to party.

Sabay Bar (currently closed) at the northern end on the beach has been throwing open its doors for as long as anyone can remember, with frequent makeovers but probably the same Filipino cover band. You’ll bump into plenty of Thai girls that might not be as innocent or indeed female as they seem and do remember to put strap on your dancing shoes – it gets more manic and frenzied the nearer it gets to closing time.

At the southern end, Koh Chang’s own mini Pattaya (currently closed) is still going strong, with girls and more girls wearing very little, offering a simple game of Connect 4 to each passing handsum man, in the hope he may cover a few outstanding veterinary bills run up by a poorly village buffalo somewhere in the north of the country. The nightclub, Babylon Bar (currently closed) is the latest addition to the area.

For an early evening cocktail and sunset, try the tiny Tapas Bar on the beach, near to Tantawan Resort.

Red Monkey’s Bar at the front of Grand View Plaza gives you another option – cocktails and happy hours as well as big screen sports and food.

For live music, Oodies (currently closed) at the northern end has been providing that country, soft rock vibe for as long as anyone can remember and it’s still packing them in, so it seems to work. The Rock Bar in Grand View Plaza also has a live session most nights, definitely not for the faint hearted at those decibels.

Up on the hill, live sports, everything from Premier League and Bundesliga to tennis, golf and even Super Bowl is shown at The White Elephant. Paddy’s Palms, the other White Sand Beach sports pub, has moved and is now based at 15 Palms at the northern end. Both also serve pub grub and have their own accommodation.

Long established live music venue and bar, with the house band, Thai/western, turning out a familiar formula of well known blues and reggae covers. Food available, steaks a house speciality. Tends to attract the more senior crowd. Can audition for your own spot.

By the Sea, Northern End

By the Sea, Northern End

Small spot between Koh Chang Grand Lagoon and Tantawan, fresh cocktails, beer, nice music and a laid back atmosphere. Bar seating or at funky colourful tables and chairs. Opening and closing hours can be be bit erratic.

On the hill as you head out of town down the island, The White Elephant has a large open front terrace high above the road. Extensive selection of bottled beers from all over Europe, cocktails, wine and spirits. Western and Thai menu. British pies a house favourite. Big Screen Sports.

Permanent link to this article: https://explorekohchang.com/koh-chang/nightlife/white-sand-beach/

White Sand Beach – Hotel Deal of the Week at Agoda 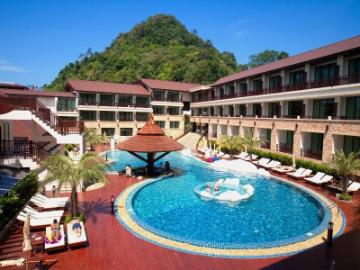 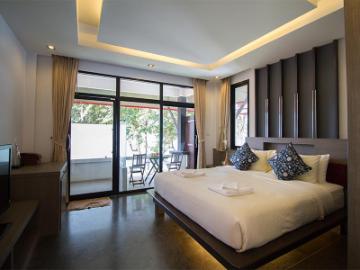